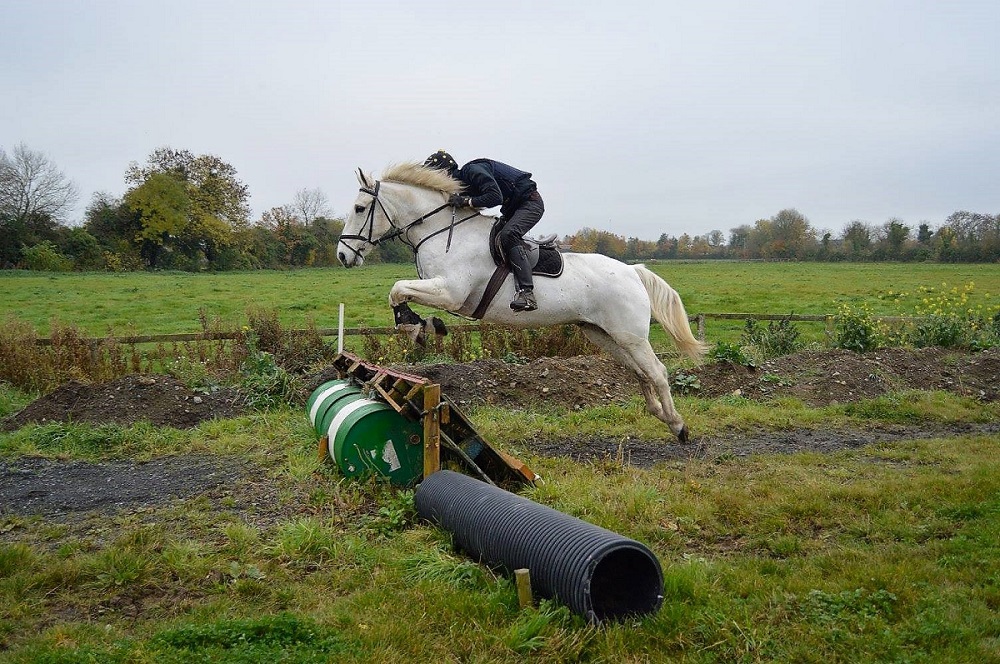 For horses to provide top-notch performances at shows, there’s always a lot of work done by the trainer, rider, and horse, from aqua therapy to hours and hours at a schooling ring. A schooling ring is essential since it helps train the horse on whatever they’ll be set to do in the actual competitions. Generally, the term “schooling” is often used by English riders compared to western riders. This might be because the word’s roots can be traced to Europe-based military riding schools like the Spanish Riding School in Vienna, Austria, training grounds for the renowned Lipizzaner dressage horses.

Where Does Horse Schooling Take Place?

Schooling rings are often found at horse shows since this help a horse get ready in an area away from the competition section. However, schooling can occur wherever you need to train or practice with your horse. Schooling is primarily done in the ring, but it can also be done on a trail if you plan on practising trail riding. Apart from practising for trail riding, you can use a schooling trail to check a horse’s behaviour, teach them how to handle the terrain, or deal with distractions that might occur naturally on the trail.

This exposure always makes the horses safer when the rider only wants to relax. Ground driving or luging may also be considered a form of schooling. Schooling can also be based on daily things such as the trailer. You could school the horse not to panic when they step in and out. For a good experience, riders can also be schooled by putting them through exercises that will make them more balanced, limber, and sensitive to the ride.

Rider schooling can be done by having someone lunge the horse. It can also be by having the rider ride independently, with a grounds person, instructor, or fellow rider to check the form and provide guidance. Schooling movements include downward and upward transitions across the gaits, halts, rein backs, and circles, among other exercises. Other more advanced routines a rider can follow include side passes, forehand turns, and leg yields.

Rider may school their horses by trotting over jump patterns or cavalleti as exercises to help their horse compete. The exercises will help improve their rider’s sensitivity and stability. On the other hand, they help the horse improve their balance and responsiveness.

What Does Re-Schooling a Horse Entail?

Re-schooling means training the horse uniquely to break old or unwanted behaviours. Please note that schooling can be achieved with any horse, regardless of the level of training and age. Horses are never fully trained. There’ll always be something to refine or learn. Perhaps it’s a good way for riders to view themselves too.

With many riders, trainers, and horses together at one point, there’s always the risk of injury or collision. Of course, many rules are set up to avoid any issues, but it’s always important to remind ourselves for personal and general public safety. Sitting on a 1200-pound animal under your will, you have lots of responsibility for the people around you. The schooling arena is already terrifying, to say the least; the last thing you’d want is for people to leave some with long-lasting injuries.

There are many rules stipulated in the United States Equestrian Federation Rule Book regarding procedures to keep you, your horse, your trainer and others safe as you school for a competition or regular training exercise. These rules are primarily applied in USET-rates shows. However, many schooling and unrated shows follow them to ensure show safety. Here are some basic rules you should use during a competition and pet peeves that riders have seen and experienced.

Here are some commonly known rules that some riders are still not adhering to:

Many things could go wrong, from having a scary moment to causing a serious wreck that could hurt you, your horse, and others. This is the only exception to the general left shoulder to left shoulder rule.

On the other hand, a guard rail is a pole placed perpendicular to a jump before or after the jump. It’s used to correct a horse’s crooked departure or approach at the jump. It is placed no closer than 2.5 meters (8 feet).

Some habits riders and trainers are involved in at the warm-up arena aren’t very courteous to other people. Here are some pet peeves you might not have known:

These rules are always reviewed to add new rules for safety in the warm-up arena. It’s always great to take a refresher on these rules, from the popular to the lesser-known ones, to make the arena a better place for everyone.

What is a schooling show?

A schooling show is a show aimed at giving experience to new riders and horses as they prepare for more serious show work. These competitions are often seen as practice or training shows. There are slight differences that set the practice and actual shows apart. For instance, the dress code and rules could be more relaxed in practice while you must uphold them in real competitions.

Jumps might be lower, and the dressage works simpler in practice shows since riders attend for the experience instead of the competition. Schooling tack is also less traditional and more colourful compared to show clothing. Bright patterns and colours are typical in everyday horse schooling, while more formal tech and attire are crucial in horse shows.

Schooling helmets can also be in a variety of styles. The practice shows also accept jodhpur and half-chaps boots instead of the traditional tall boots.